Honey, get the champagne out! I’ve thru hiked a trail that kicked my ass!!

I started at 520am, alone and on a mission. There was only 10 miles left of my adventure and wanted an early start. 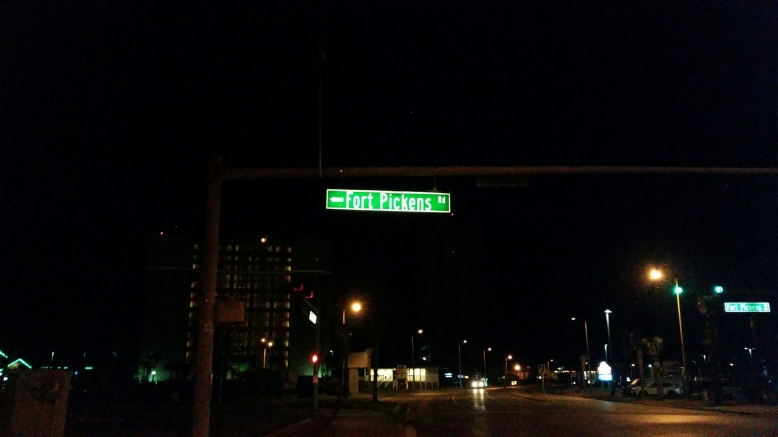 The walk out of Pensacola Beach was dark, quiet and enjoyable. It was on the side walk for about 4 miles then the bike path of the road. 2 miles short of the terminus, it went back into a wooded area on the beach. There was actual vegetation besides just sand which made it very pleasant. Sunrise was obviously gorgeous. 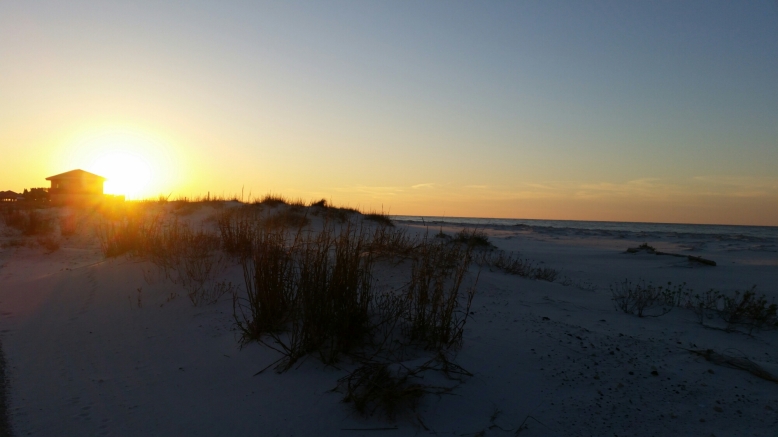 Two miles short of the end, I sat and took a break. I was in no hurry to get to the end. After that , I took a photo of every blaze I found, thinking it may had been the last one ha! When I got near the last official sign, I started thinking about all that I had accomplished… I mean how can you not?!? And yes, I’ve also forced choked the sign. Who wouldn’t want to be Darth Vader?! 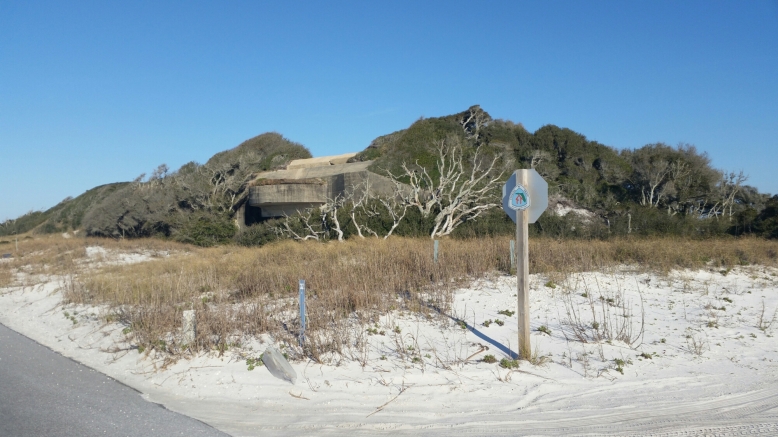 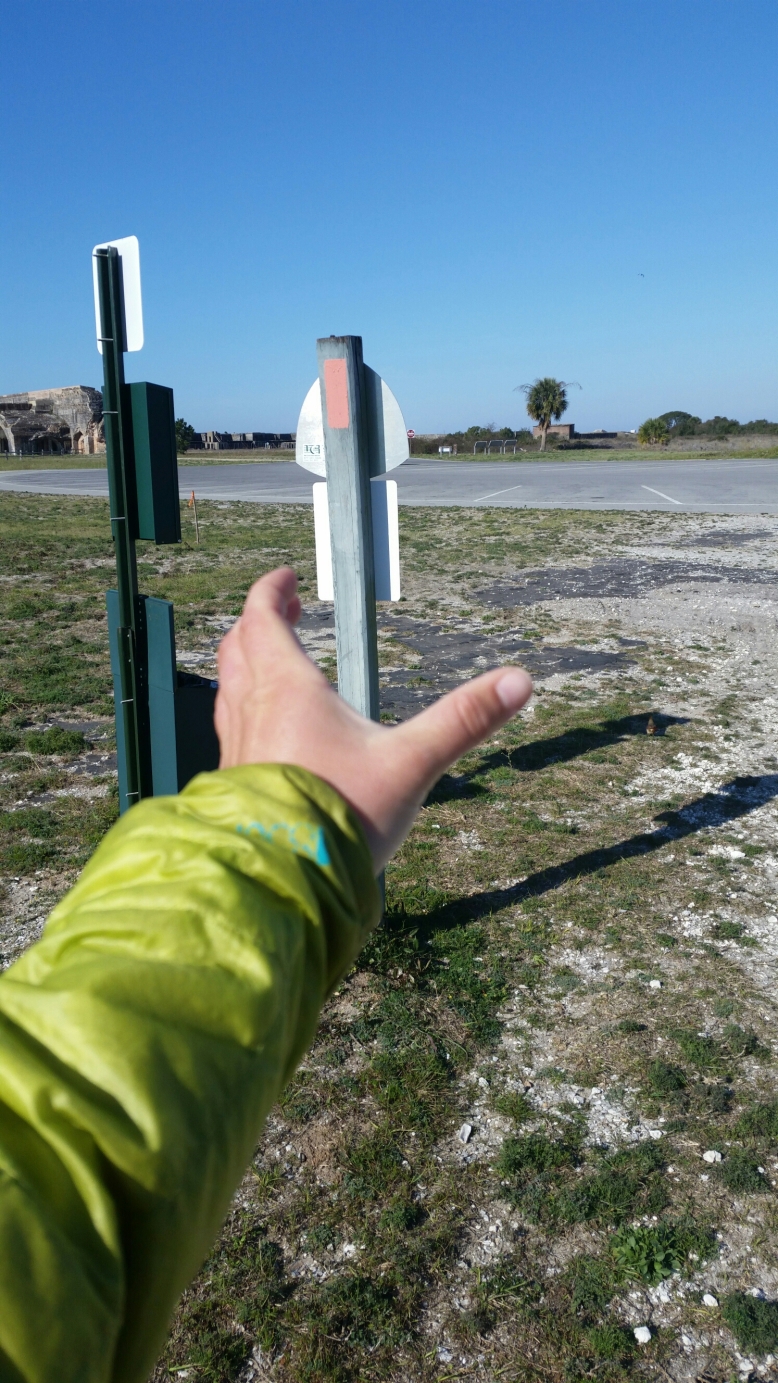 I arrived at the sign at 9am, which was basically a parking lot with a FTA blaze. Where was the wooden kiosk?! I was told they had removed it and were in the process of adding a new sign. The entire end was anticlimactic. There was no parade, no one to cheer and no one there to take a picture. 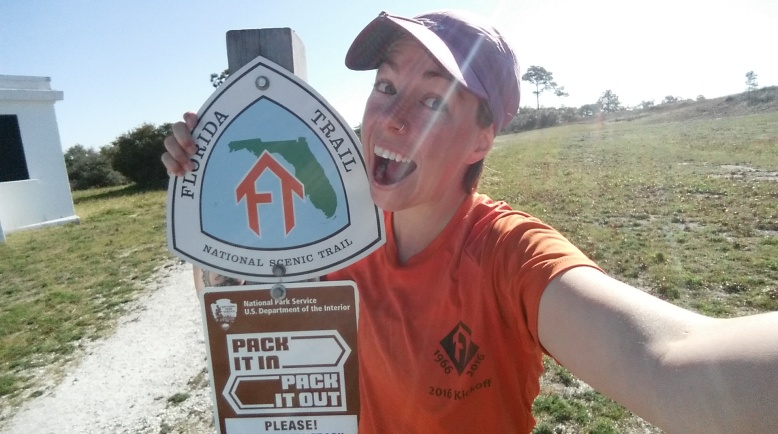 With tears of happiness, I took a few selfies and tried putting a timer and get some shots but it failed miserably. After 30min at the terminus, a couple walkes by and I asked them for a photo. They had no idea what the signs were but had walked passed it a thousand times… “Funny” I said, “I just walked a thousand miles by following it here”. They had no clue that the trail existed and were happy for me. 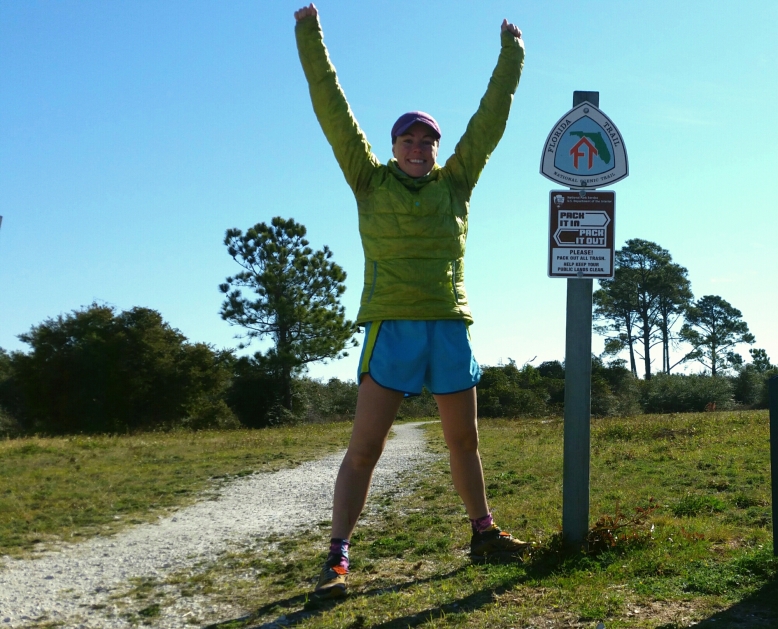 Grits had told me there was a registry at the visitors office so I went in, asked a worker. He thought I was crazy for adventuring on this journey alone, but I wasn’t really alone. I had a amazing team of supporters, friends and helpers. He then gave me a quick speech on how the Fort had been build, especially the arch. Drive to Fort Pickens someday, and he will be happy to tell you, or you could also walk there…haha

I wouldn’t of been able to hike this trail without the tremendous amount of support Bryan had given me. He made it possible and cheered me on as I reached milestones through all my highs and lows. Okay, enough with the sappy stuff… Blah blah blah Bryan is great but let’s get back to my hike blog post! Hehe 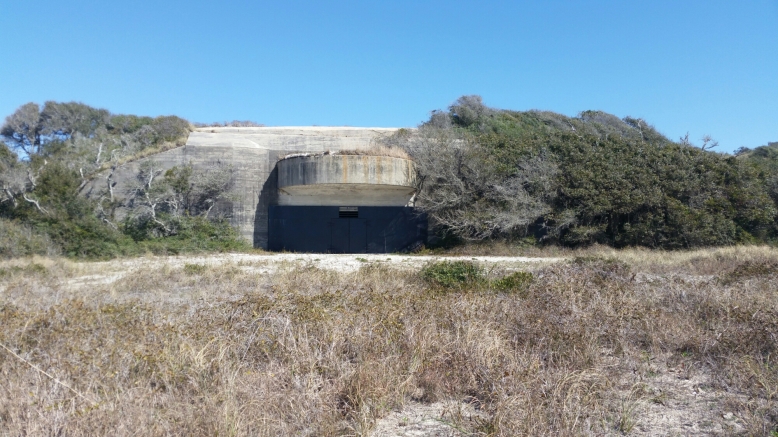 I decided to check out Fort Pickens a little bit before starting to walk back to Pensacola Beach. After 2 miles, I decided to hitch a ride back. I had planned a ride from here to the bus station and wanted to be on time. A couple from South Korea picked me up and dropped off at their hotel. I walked a few blocks to meet with Joey again at a local café. While waiting for our ride, we went people watching at the beach… What else are you supposed to do on a beach?! 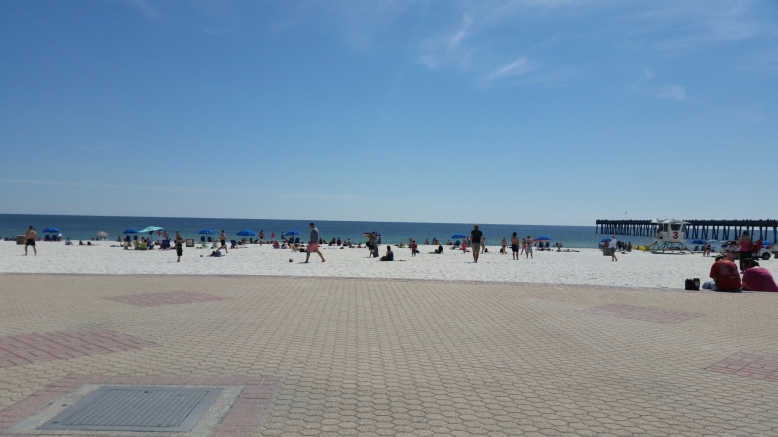 Rainbow’s daughter picked us up and she was as sweet as her mother. She dropped us off at the greyhound station where tonight I get to ride the bus with many strangers for 2 days as I make my way back to Green Bay. Joey and I waited together until his bus departed at 4pm… 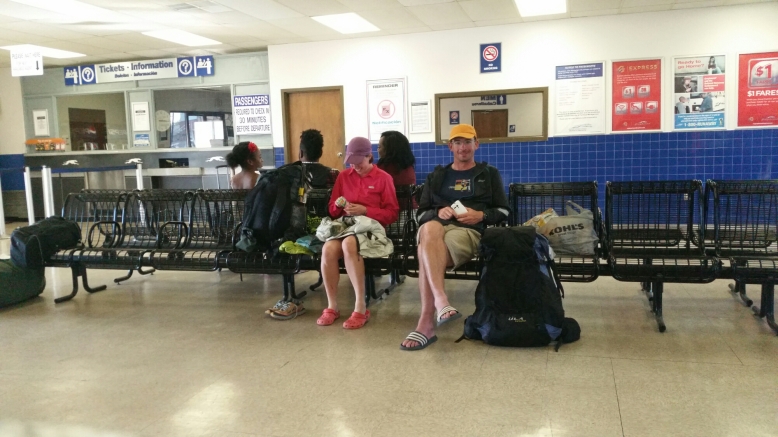 So here I am. Sitting at the greyhound bus station, looking back at my accomplishment. It has been a love/hate relationship. Some days were hard and tested my limits while other days were just plain amazing and fun. I waded through water up to my chest, braved severe thunderstorms, walked an great amount of roads, saw a millions stars in the night sky, saw new plants and animals that put smiles to my face, met new people that had amazing lives, formed new friendships and did what I was meant to be… I had been happy.

I may not have walked the ENTIRE trail as it was meant to be but I believe what I have accomplished was nothing short of incredible for me. Hike your own hike and be happy.

There so many things I could say about this trail but right now, I am just going to sit here, kick back and take everything in that just happened. I’ll post my final thoughts on the trail in a later post.

Live the life that makes you happy. Happy trails! 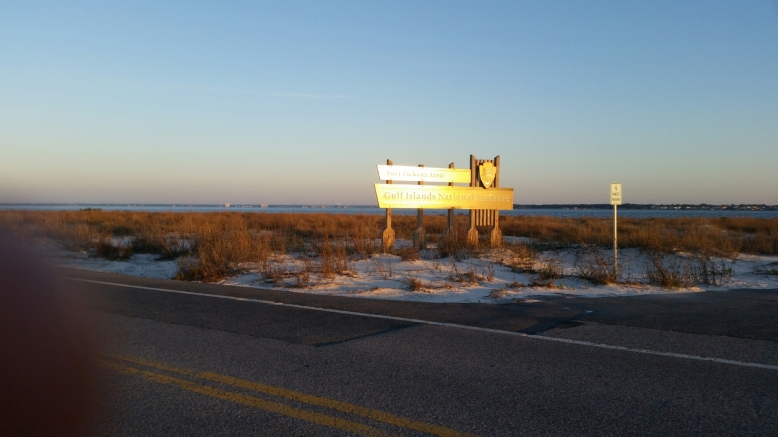 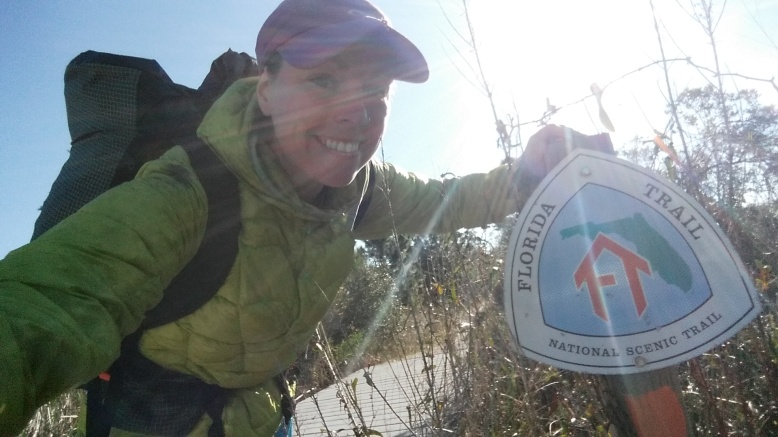 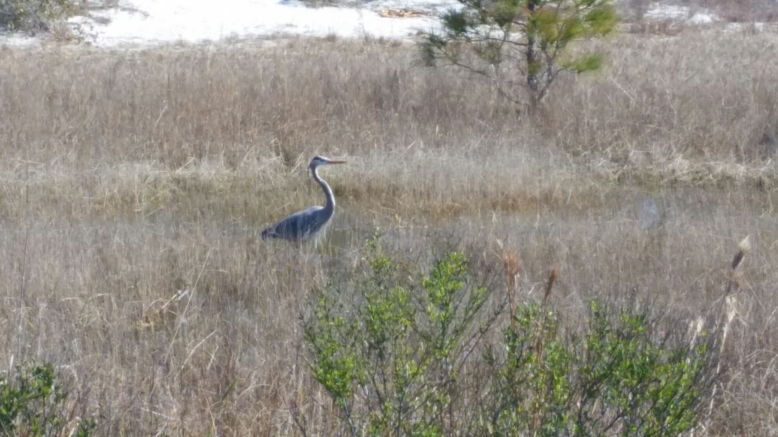 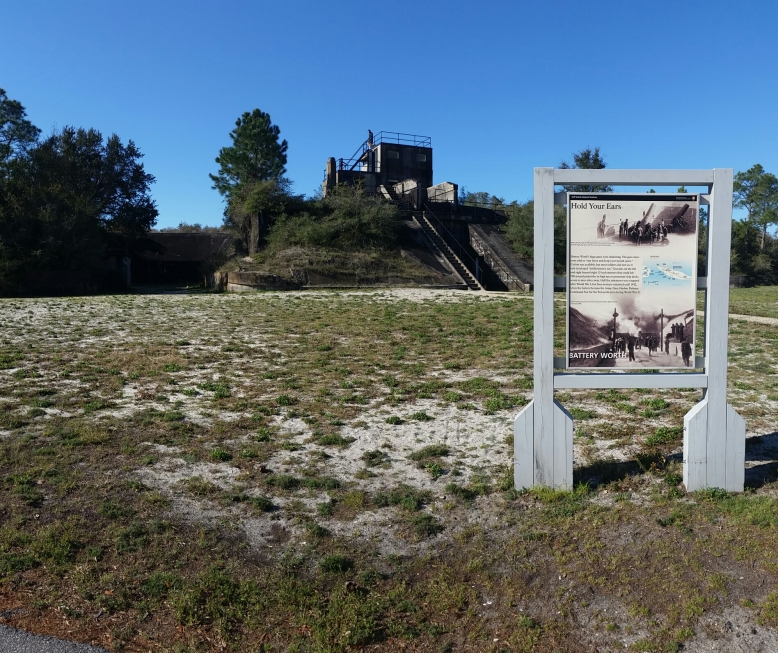 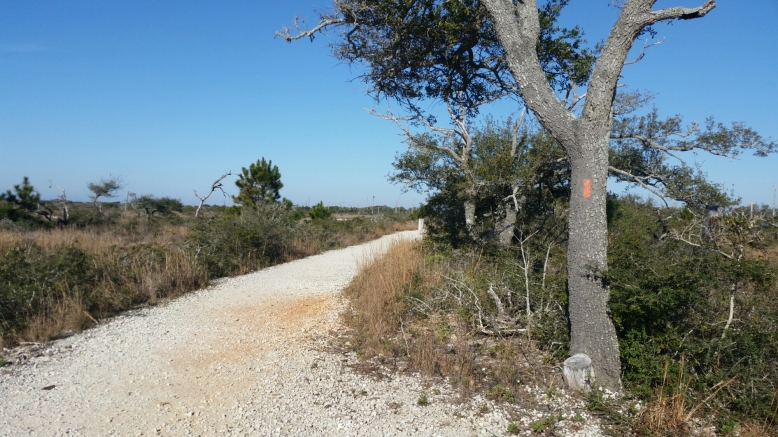