The dew this morning was so bad, my tent was soaked worst than 2 nights ago in the heavy thunderstorms. So odd.

I started hiking at 650am to insure an early arrival in the town of St Marks. The sunrise was very pretty amazing on the levee. Basically St Marks National Wildlife Refuge is on the Gulf of Mexico and being on the levee made for a perfect view.

I hiked 9 miles to meet up with Grits again on the bank of the river waiting for a boat ride across the river. A man was canoeing with his 2 dogs and asked if we wanted to get across. He said he would be back with his sailboat. I had told Joey I would wait for him before crossing but a ride was coming back for Grits and I… I couldn’t refuse that but as the boat was approaching Joey made it in time to hop in the boat. 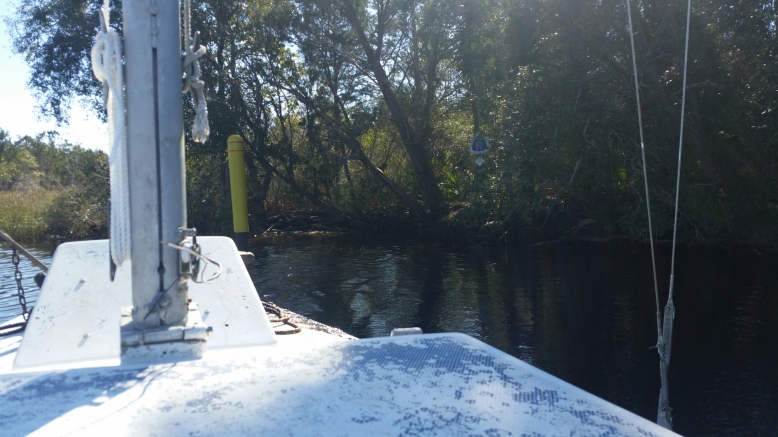 We made it to the dock of Riverside Café as they were opening and we decided to have lunch there. The resupply option in town are very limited. I guess my diet will consist of more chocolate bars and ramen noodles. While I was waiting outside with an ice cream cone, a big wind full of dirt came through and covered my snow cone with gritty dirt specs… I had just started my ice cream so there was no way I was going to throw it out. I continued eating it. 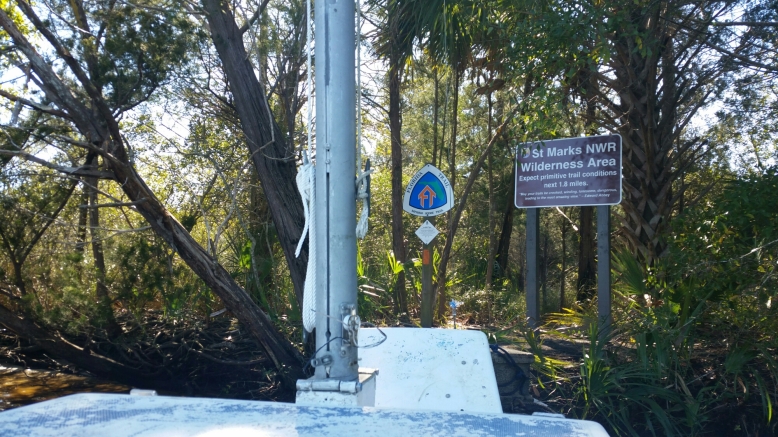 We then stopped at the laundromat. I wanted to wash everything so I whipped out my black garbage bag again and used it as a skirt again. I went out to dry my tent in the sun while the washer was going. After sitting in the sun for 30min, I forgot I was wearing a garbage bag skirt. I had the bag stuck to my butt, tight. Yikes! Here I was making my way inside the laundromat with a bag stuck to my butt. I was pretty excited when my laundry was done. 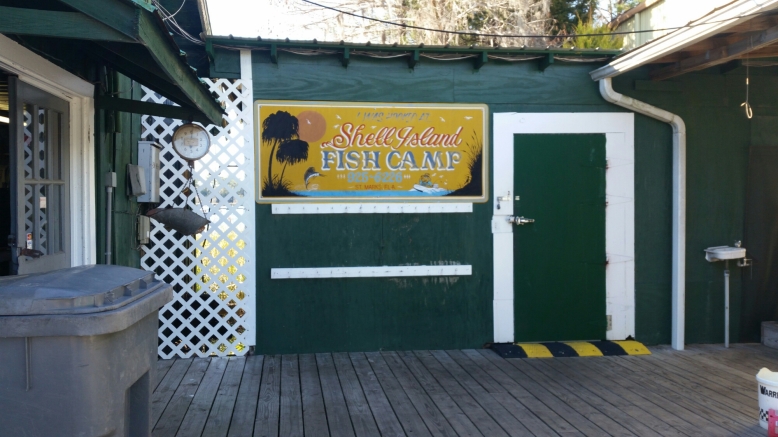 We’re staying at the Shell Island Fish Camp. The motel office was all the way back the dead end road. Of course, make the hikers walk farther! It was a cute little place. They had a bunch of stray animals running around. At least they seemed like strays but were really nice. There was this orange kitty that followed me all the way back to my room. He was so cuddly each step he would roll between my legs basically saying “love me!”.

Well today was a fun, sunny day! Seems like it’s going to be sunny for a while. Time to work on my farmers tan! Happy trails.